On Saturday July 22, 2017, some 20,000 people voted to merge the Wildrose and former Progressive Conservative parties.  I’d love to believe 40,000 people voted but significant results like 95%, for both parties, is statistically improbable.  Be that as it may, I doubt there will be much complaint from the general public and I personally wouldn’t care if they forged every ballot; this is much more interesting than if the “no” vote won.

While campaigns were expected to begin immediately, as of today there are only two declared candidates for the leadership of the newly formed United Conservative Party; Brian Jean and Doug Schweitzer.  Unsurprisingly, Jean has already flipped his stance on forming a moderate government that will not cut jobs; it’s becoming more his trade mark than “Wildrose won’t raise your taxes“. 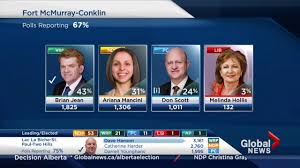 When Jason Kenney appeased the right flank of the right wing by saying parents should be notified if their children join Gay Straight Alliances at school, Brian Jean’s first statement claimed he was against notifying parents.  Then, on the following day, he updated his position to say notifying parents might be okay under certain circumstances. The day after, he tried to further clarify his position with smoke and muddy water.  At least when he only said one thing people could keep up.

“…if you want someone to go in there ideologically and cut taxes, no matter what, that’s not me” Jean claimed.  That statement alone took him far away from the Wildrose of old and people took notice.  A right wing publication that has been very pro-Jean in the past slammed him with three nasty articles in a row.  By that time, Jean had already begun to back-track but they weren’t interested in letting a possible left-leaning conservative off the hook.  Jean took the bait and has since announced he will repeal the carbon tax and cut $2.6 billion from expenditures immediately.  Perhaps when you hire a founder of a right-wing publication, the entire staff actually runs your campaign for you.

The fact remains there are only two declared candidates running for leadership of the United Conservative Party.  While Schweitzer gets to play Mr. Nice Guy by being LGBTQ2+ friendly, offering massive tax cuts and jobs for everyone (by decimating provincial revenue), Brian Jean is apparently not going to take that opportunity.  It would seem an unmentionable publication has steered him to seek the same flank that Jason Kenney already has wrapped around his socially conservative finger.  Which begs the question: does Brian Jean really think right-wing news subscribers are his voter base?

As a non-right-wing supporter who spends way too much time looking into views that don’t match my own, I can say that there is only one well-known candidate who would be palatable for the majority of voters in Alberta; Brian Jean.  Not Brian Jean of a day after his moderate government commentary, but Brian Jean on the day of his moderate government narrative.  If Jean wants to create a big tent party, he’s going to have to try to attract people who aren’t so far right they’re wrong.  He won’t do that if he tows the right-wing narrative.